I just had the opportunity to review the most recent release, Game of Faith, from Auburn and it’s quite interesting. Opening with Game of Faith, a cool jazzy pop track with really strong vocals by Liz Lenten and clean, stylized guitar work by Thomm Jutz really make this one of my favorites on the release. Backed by Mark Fain on bass, Lynn Williams on drums and Britt Savage on backing vocals, a real nice opener. Lightly salted funky track, I Don’t Love Him has a great feel and just the right amount of lead guitar. A purposeful melody and lush chords make this track an outstanding radio prospect. I really like the delicate balance between Lenten’s almost fragile vocal  and the saturated tone of the electric guitar on It’s Not Love. Very interesting contrast. Another track that keeps me listening is Spoke In The Wheel and Lenten’s almost Toya Wilson like vocal delivery, against the glistening chords of Jutz. Wrapping the release is sensitive ballad, His Arm sand Lenten’s vocals balanced lightly on the acoustic guitar work of Jutz. I wouldn’t say this is a traditional blues release by any means, but it is a really interesting release.

To view the review on their page just click here 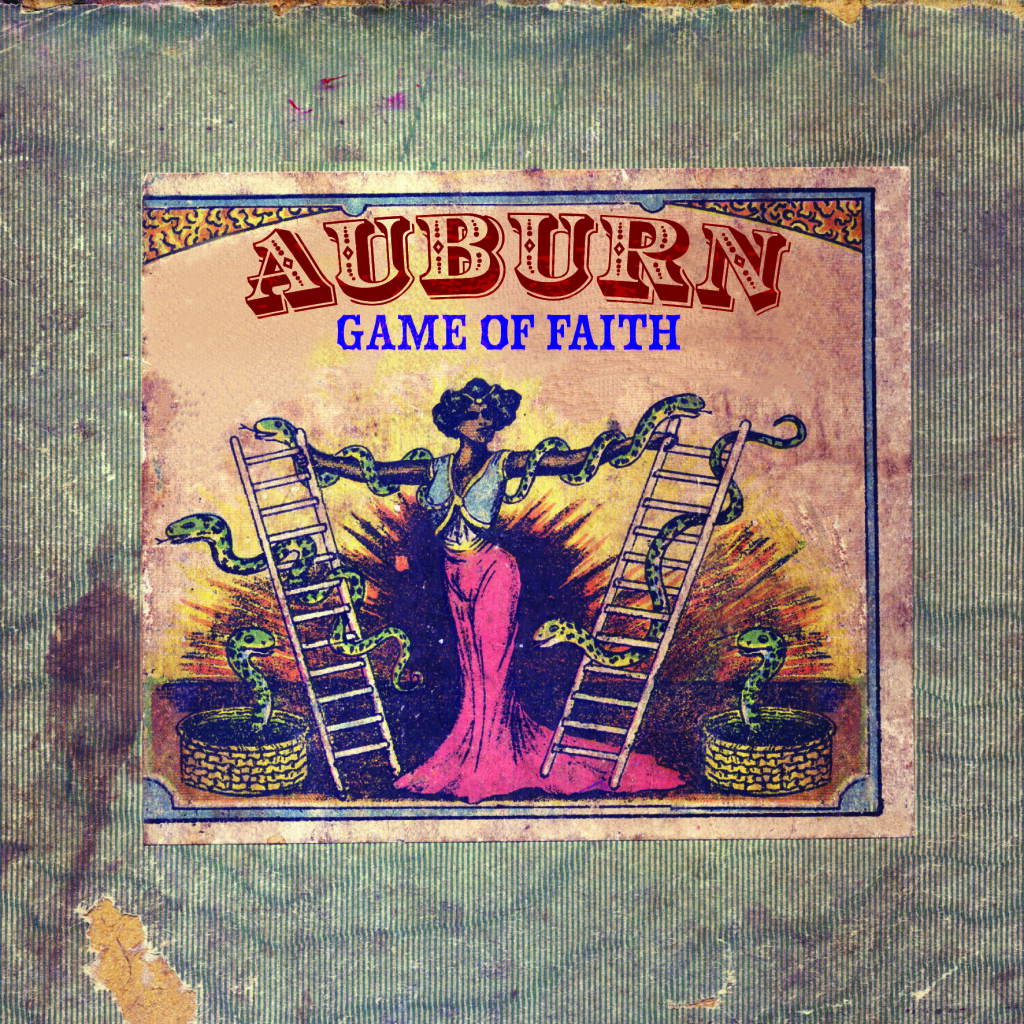 Only three days until the album is released!

Quote: “Liz Lenten, performing under the name ‘Auburn’, is a British singer-songwriter that blends Americana, country, blues and roots music in the songs on all her records. The latest album ‘Game Of Faith’ was recorded in Nashville, Tennessee and is another new masterpiece in the discography of this already during 20 years performing artist.” – www.rootstime.be

Translated into English below:

Just twenty years ago the British singer and songwriter Liz Lenten from the English county of Lincolnshire decided to set up her own music formation under the name “Auburn”. Many albums later she continues to surprise with every new album with her sublime mix of americana, country, roots music and blues in the songs. ‘Rootstime’ has been able to comment on some of those albums for you in recent years: there was “Indian Summer” in 2012 and I myself wrote reviews for “Nashville” in 2014, “Mixed Feelings” in 2015 and “Love & Promises” in 2016 All these albums came after a fairly long break in the career of Liz Lenten who only decided in 2011 to fully devote herself to creating new songs.

Also the brand new album “Game Of Faith” from “Auburn” may have been added to my package of reviewable CDs again, because even now we can only write down more positive words about the fourteen songs that Liz Lenten has recorded on this album. Because of the great diversity in her songs, her sound has been compared in the past with some widely divergent fellow singers such as Bonnie Raitt in the bluesy tracks, Dusty Springfield in the country ballads and even Norah Jones and Billie Holiday in the more jazzy and soul-inspired songs . We can confirm that subtle elements can be heard from each of these singers in the songs on “Game Of Faith”.

Liz Lenten seeks inspiration for her songs in meticulously evaluating situations, relationships, emotions and personal experiences in love and in her life. Songs like “Bad Girl, Good Woman”, “I Don’t Love Him”, “Happy Nowhere”, “It’s Not Love”, “Like I Do” and “His Arms” are new songs that all have a place managed to conquer this new album that will be released at the end of June.

The record was recorded in Nashville, Tennessee with producer Thomm Jutz, a man who had previously collaborated with, among others, Mary Gauthier and Nanci Griffith and who also took care of the three previous albums of “Auburn” as producer. The musicians who played these songs in the recording studio are Thomm Jutz on guitars, Mark Fain on bass and Lynn Williams on drums, while Britt Savage provides matching harmony vocals a few times.

Finally, we would like to add a few titles of musical highlights to “Game Of Faith”, because that is something that can be said of the songs “Trinidad”, the previously mentioned songs “Bad Girl, Good Woman”, “Happy Nowhere”,  “It’s Not Love ”, “ Float To Blue” and “Spoke In The Wheel” accompanied by twisting guitar sounds. “Craftsmanship is mastery” is a very applicable definition for this latest album of “Auburn”, the musical prodigy of the stylish British singer-songwriter Liz Lenten for two decades. 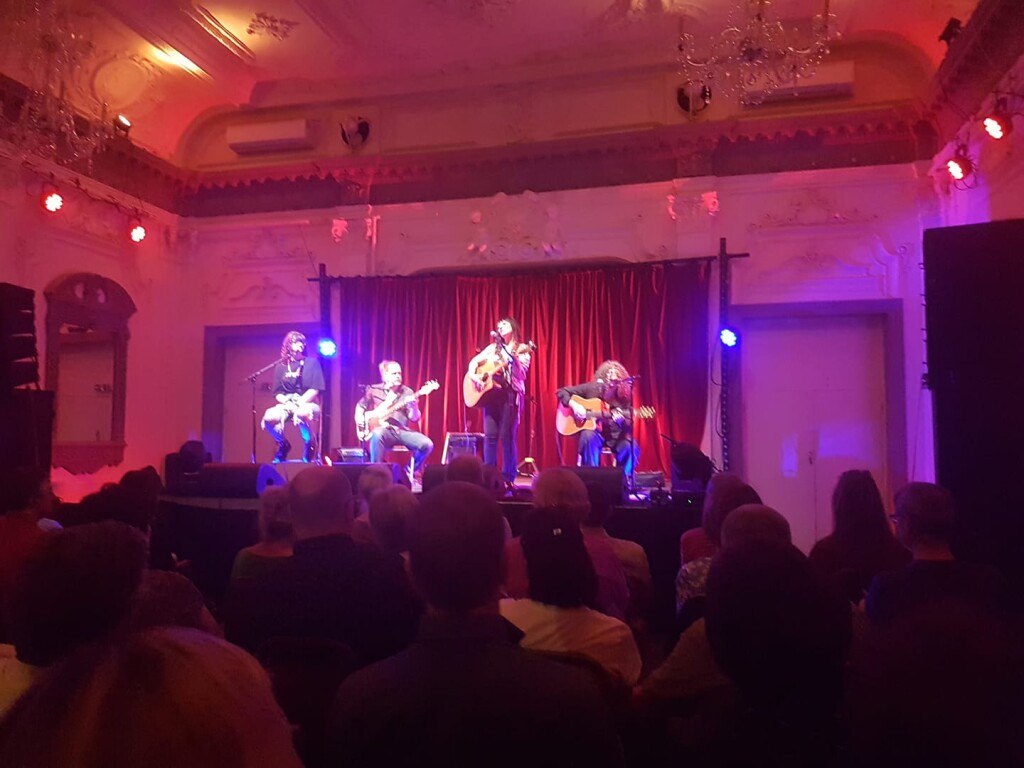 Thank you to everybody who turned up to watch Auburn at the weekend when we were supporting Steve Forbert. What an amazing gig it was!

We are so excited for the launch of our new album, Game of Faith and to be doing more gigs in the future. Watch this space to find out when they’ll be. 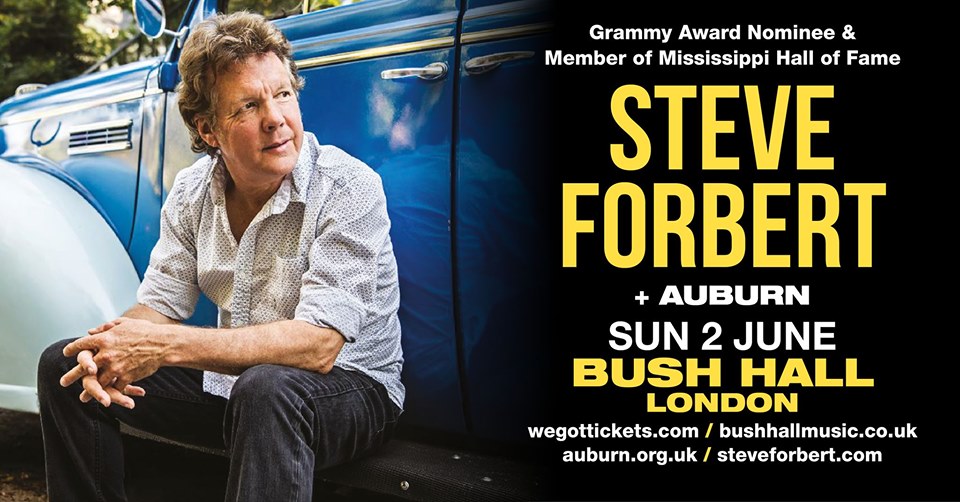 Auburn will be performing with the very talented Steve Forbert at Bush Hall in London on Sunday 2nd June at 7:30pm!

Head to the facebook link to the event by clicking here

Buy your tickets at a discounted rate by clicking here

A huge thank you to Dmitry M. Epstein for this incredibly in depth review of the new upcoming album Game of Faith.

Looking through time and finding the rhyme: anguished Americana as a means of survival.

Although it may look like a metaphor, there’s a genuine game attached to this album, with each song assigned a card character – yet the listener can safely assume they all refer to Liz Lenten who’s been leading AUBURN for two decades now. If the band’s previous work, “Love & Promises” – a telling title – reflected her happiness and anxiety, its successor comes full of heartbreak. A personal turmoil and a temporary loss of voice define the ensemble’s sixth record not only lyrically but also in sonic terms: Lenten’s new approach is arranged around her half-whisper delivery which seems to suggest a certain extent of intimacy – still, vulnerability doesn’t belong here, as Liz has chosen delicate defiance over full-on self-pity.

It’s obvious on the stark, vocals-and-strum, blues “I Drank” that’s followed by the flamenco-flavored “Prosecco-Fuelled Profiles” or on the equally riveting Catalan travelogue “Misshapen Fruit” – the most focused instance of the singer-songwriter’s craft, while the slightly feisty “Spoke In The Wheel” is lifted to the hope level thanks to Thomm Jutz’s filigree guitar. With an element of vaudeville to the alluringly smoky “Bad Girl, Good Woman” and exotic air to “Trinidad” where country meets calypso, Liz’s numbers run through styles and places, yet the hot and humid “Happy Nowhere” will fail to locate her erstwhile bliss.

Not everything is hidden in plain view here, however, the titular track’s arresting purr of a welcome turning out to be a trap whose unhurried twang wouldn’t let a player leave until the pained prayer “His Arms” dissolves the soulful shimmer behind “I Don’t Love Him” – but not before the quietly rumbling licks propel ‘Float To Blue” away from the darkness. It’s rather cathartic, this brave veneer over “Like I Do” – protective, yet somewhat exposing Lenten’s vulnerability even more. After such an album, there’s no other way than to get healed and emerge scarred if not scared.

It’s a long way from running music groups in Lincolnshire but Ms Lenten obviously believes that only the best will do. The songs certainly come to life with such sympathetic backing while Liz adopts a semi-spoken vocal style over the top. Things never get above a slow canter but when there are songs as good as ‘I Don’t Love Him’, the bluesy ‘I Drank’ and ‘It’s Not Love’ then the one pace really doesn’t matter.

There are strong melodies throughout and anyone partial to the whole Americana vibe type thing will find an awful lot to enjoy here. Plus it would appear that “Game of Faith” has a unique strategy-based card game that will be launched with the album with each song correlating to a card. No, me neither. But it’s a good one.

See more from the rocker by clicking here

For those of you who didn’t get chance to listen at the time, you can now listen back to Liz’s interview with Big Blend Radio on the following channels – just click the channel of your choice to head right there.